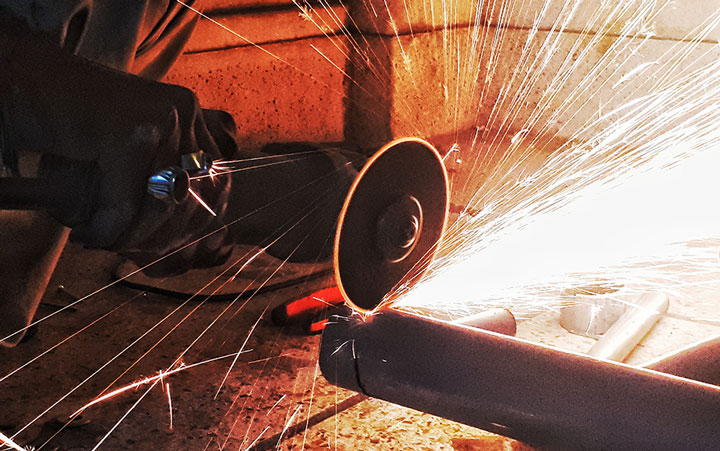 Die Grinder vs Angle Grinder – Which one matches you the most?

Grinders are handheld rotary tools and they come in various types and sizes. They are some of the most versatile tools and they can be used for larger projects or for precision tasks that requires you to make fine details.

Such rotary tools include the popular angle grinder and the least familiar die grinder. The two different tools are used to perform different tasks even though they serve the same purpose. Choosing one type over the other will be determined by the type of project you are doing.

Most DIY projects are small in nature and they are tied to finesse. Such projects call for the use of a die grinder that allows you to deliver more precise performance. An angle grinder, on the other hand, will come in handy for larger projects that are required to be completed quickly and where accuracy and precision is not much of a priority.

A die grinder is versatile one-handed tool that is capable of producing enough power to perform a range of tasks from cutting to grinding to polishing. Die grinders are mainly pneumatically powered but they can also be corded or cordless. They come in two cutting head orientations. In some, the cutting head is aligned perpendicular to the drive shaft while in others, the cutting head is parallel to the shaft, a model that is similar to a traditional pistol.

They, however, got a limited performance and they are mainly used on plastic, wood, and metals, although some have enough power to work on ceramic and concrete tiles.

Applications of a Die Grinder

A die grinder can be used to grind away any unsightly bump that may be formed after welding two metal pieces together. This can be done using the provided standard wheel and the result will be a smooth, finished look. After the cleaning is done, replace the grinding wheel with a polishing pad to give your work piece a beautiful sheen.

A die grinder can be a useful tool for your woodworking projects as it can be used to grind away any tiny blemishes or knots that you may not have noticed while preparing boards and blocks. Consider using drum or belt sanders for sanding large blocks and boards.

Die grinders are used by most DIYers to remove rust from metal work pieces. You can simply dig into the rusted surface using a standard grinding wheel until pure and clean metal is reached. With that, you can restore metal to its initial state without necessarily having to purchase new metal bars.

An angle grinder also referred to as disc grinder is powerful tool that is used for grinding and cutting heavier and bigger work pieces. They are called angle grinders due to the fact that their cutting head is positioned on a given angle to the drive shaft.

They are big tools and require the user to use both hands while using the tool; most of them have two handles. They are best suited for tasks where there is enough space to operate. However, some can be used in tight spaces. In addition to this, most angle grinders have powerful motors of between 3-7hp and they have a larger grinding disc making them perfect for a wide range of applications.

The range of applications is limited by the attachments that are fixed on the specific angle grinder. Depending on the attachment, the grinder can be used to polish, remove grit and rust, or even use it for masonry task or cutting steel rebar.

Applications of an Angle Grinder

An angle grinder comes with a larger blade that allows you to reach deep into the wall to remove the decaying mortar especially when you are preparing to tuck point the brick walls. The long blade will ensure that all the mortar is scrapped out but you need to ensure that the blade is fitted with blade safe for cutting through the stones and mortar.

Most people use an angle grinder to polish their cars’ body using the polish wheel provided. To get the best out of this, be sure to use a polishing pad as it will cut on the random vibrations that comes with an orbital sander. The only downside of using a grinder to polish a car is that you have to use the grinder and nothing else to polish your vehicle.

Most if not all metal tools need to be sharped frequently to support better performance at all time. These metal tools can be sharpened with an angle grinder. You can do this by running a standard spinning blade attachment at an angle over the edge of the tool to be sharpened. Do this continuously until the desired result is achieved.

1. Angle grinders are bigger and heavier

As mentioned earlier angle grinders are generally bigger in terms of dimensions and weight when compared to their die grinders counterparts. On average, an angle grinder measures 12 inches in length and weighs 11 + lbs. while a die grinder ranges from 5 inches and 6+ lbs.

Even though there are still some electric die grinders, they are not as common as the pneumatically powered ones. These are the type that are powered by an air compressor. Angle grinders, on the other hand, are mainly electrically powered.

Die grinders have relatively small attachments and discs and as such the discs or the attachments have a less distance to spun. Thus, they have a faster RPM; twice that of angle grinders.

Most angle grinders have as higher as 1.8 horsepower making them more powerful than die grinders which have about 0.25 horsepower.

Angle grinder discs come in various sizes and they are bigger compared to those of a die grinder. The most common size is 4½ inch – 115mm. Others include;

As for the die grinder discs they are relatively small where the sizes ranges from 2 to 3 inches.

Angle Grinder vs. Die Grinder; Which is Better?

We would say it all depends on your application;

Consider an Angle Grinder if;

Consider a die grinder if;